Milford Sound, often referred to as The Eighth Wonder of the World, isn’t a sound at all. It’s a fjord. It sits in Fiordland National Park and is a UNESCO World Heritage Site.

Psych! I’m not going to try to explain that but you can check out these links for in depth information!

After our lux stay in Queenstown, we picked up our Campervan (our home for the next 8 days) in Queenstown and headed to Te Anau, where a lot of people stay or stop before heading to Milford Sound.

We stayed in Te Anau for the night and and were treated to a beautiful sunrise over the lake the next morning. 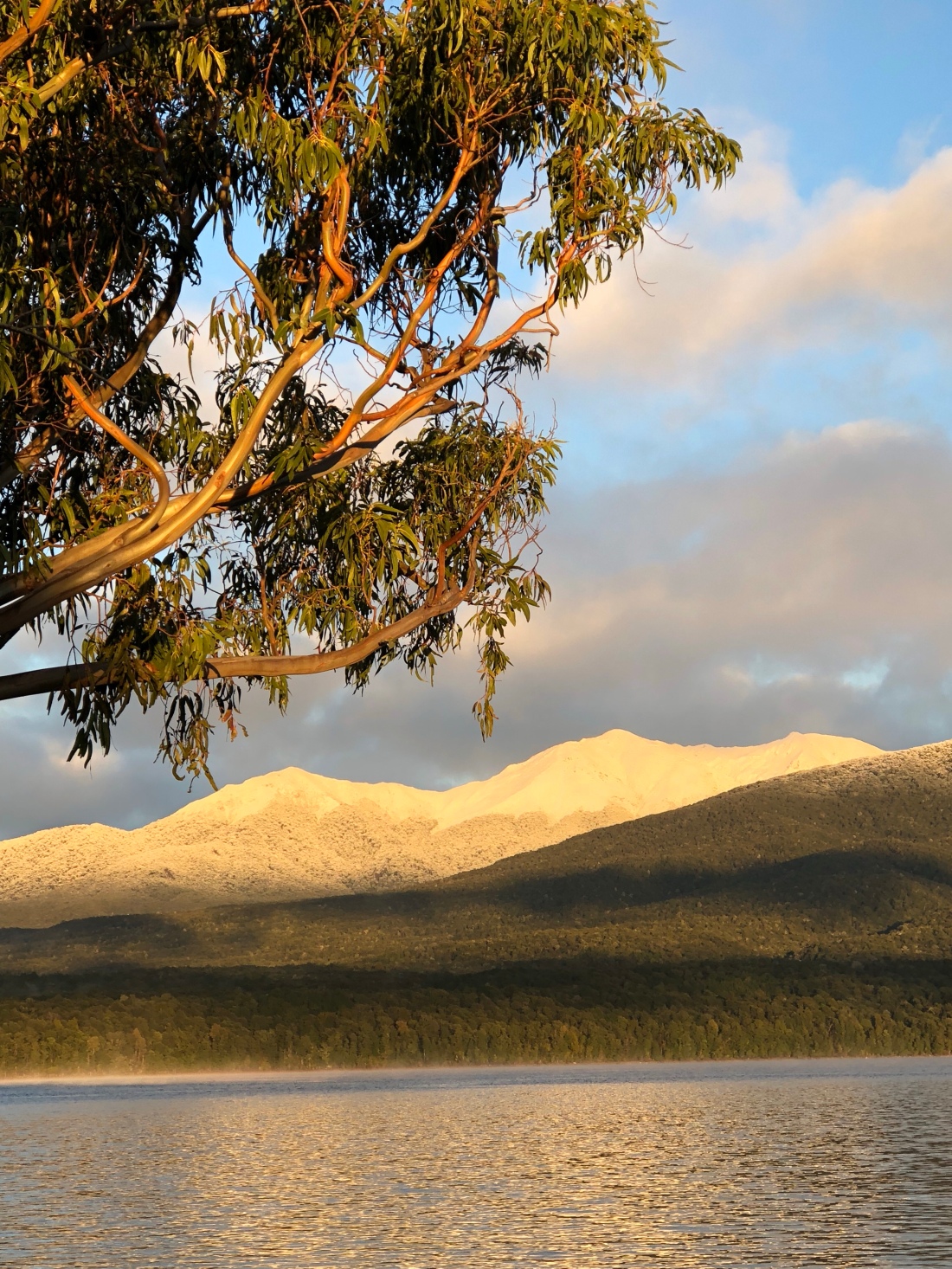 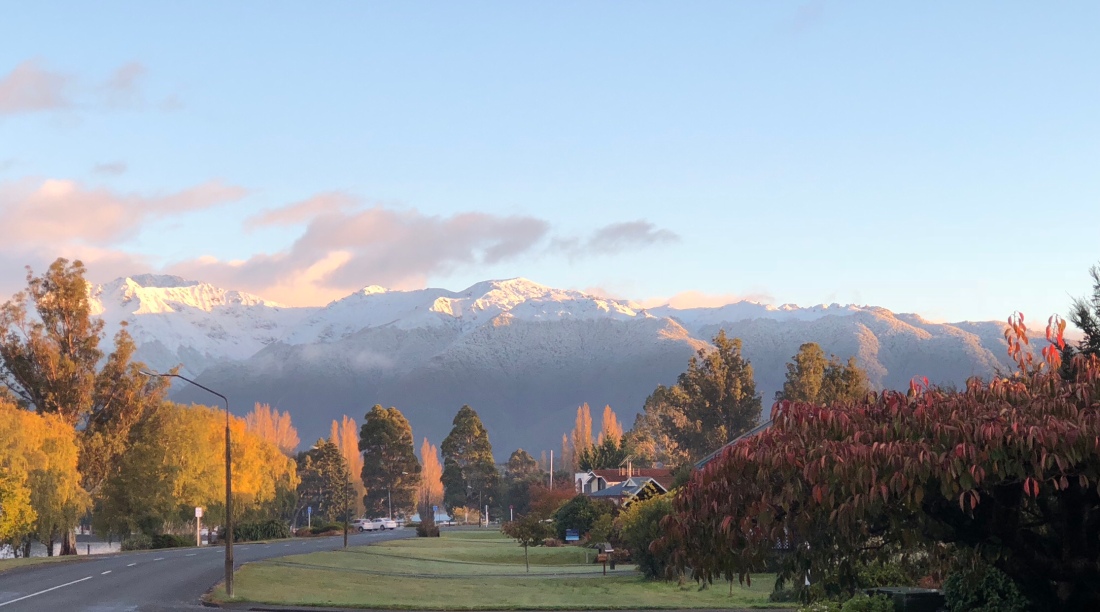 I’d say we were pretty lucky because the skies cleared for our drive up to Milford Sound and it was spectacular!

The recent snowfall made it even more beautiful. Every time I thought the drive couldn’t get any prettier… 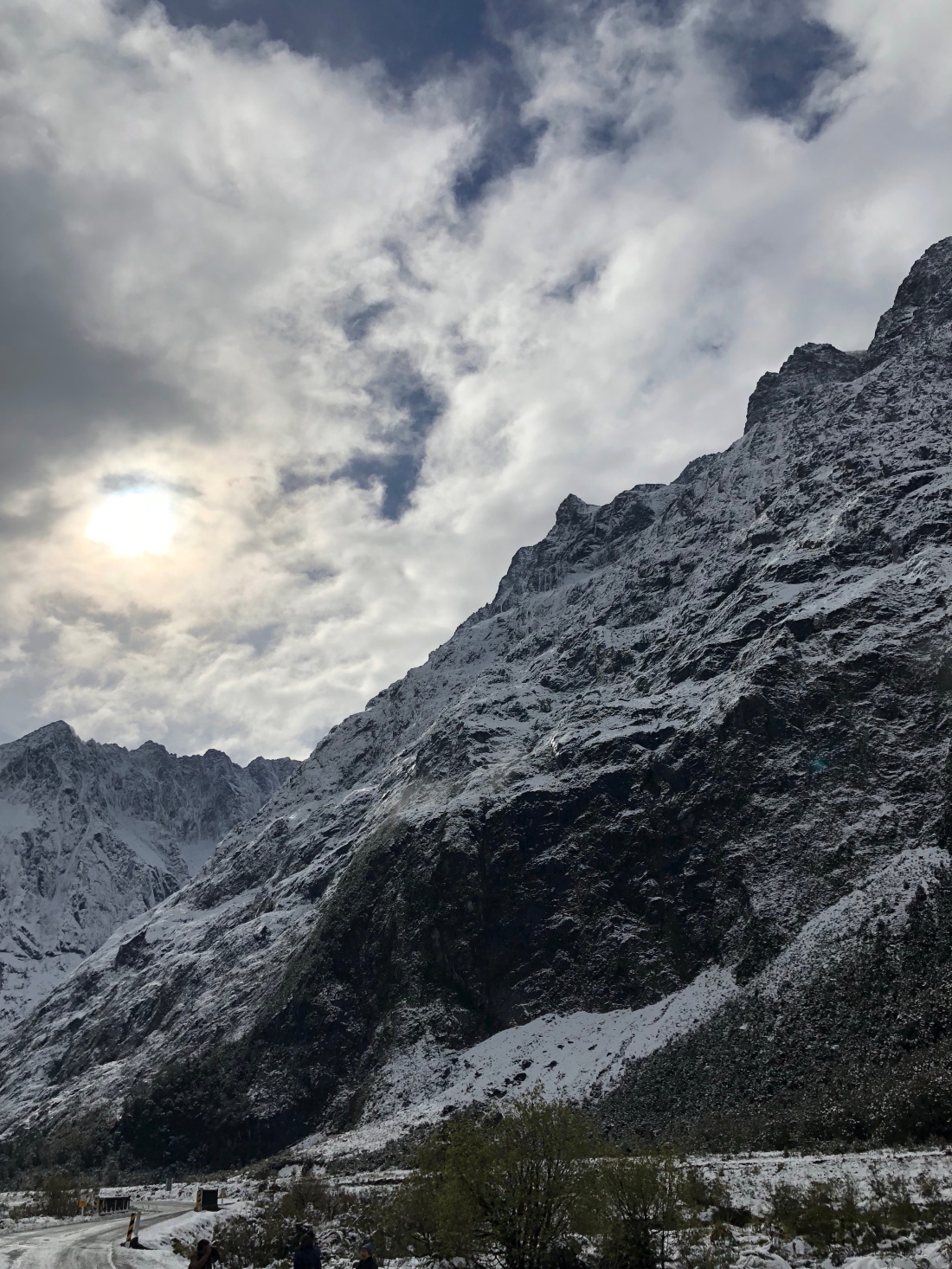 These pictures don’t even come close to capturing how beautiful the drive was!

We weren’t expecting this huge tunnel-Homer Tunnel on the road to Milford Sound. Work began on the tunnel in the 1930s by a couple of men with pick axes and after delays during WW ll, and because of an avalanche, it was opened in 1953 and it’s 1.2 km long. 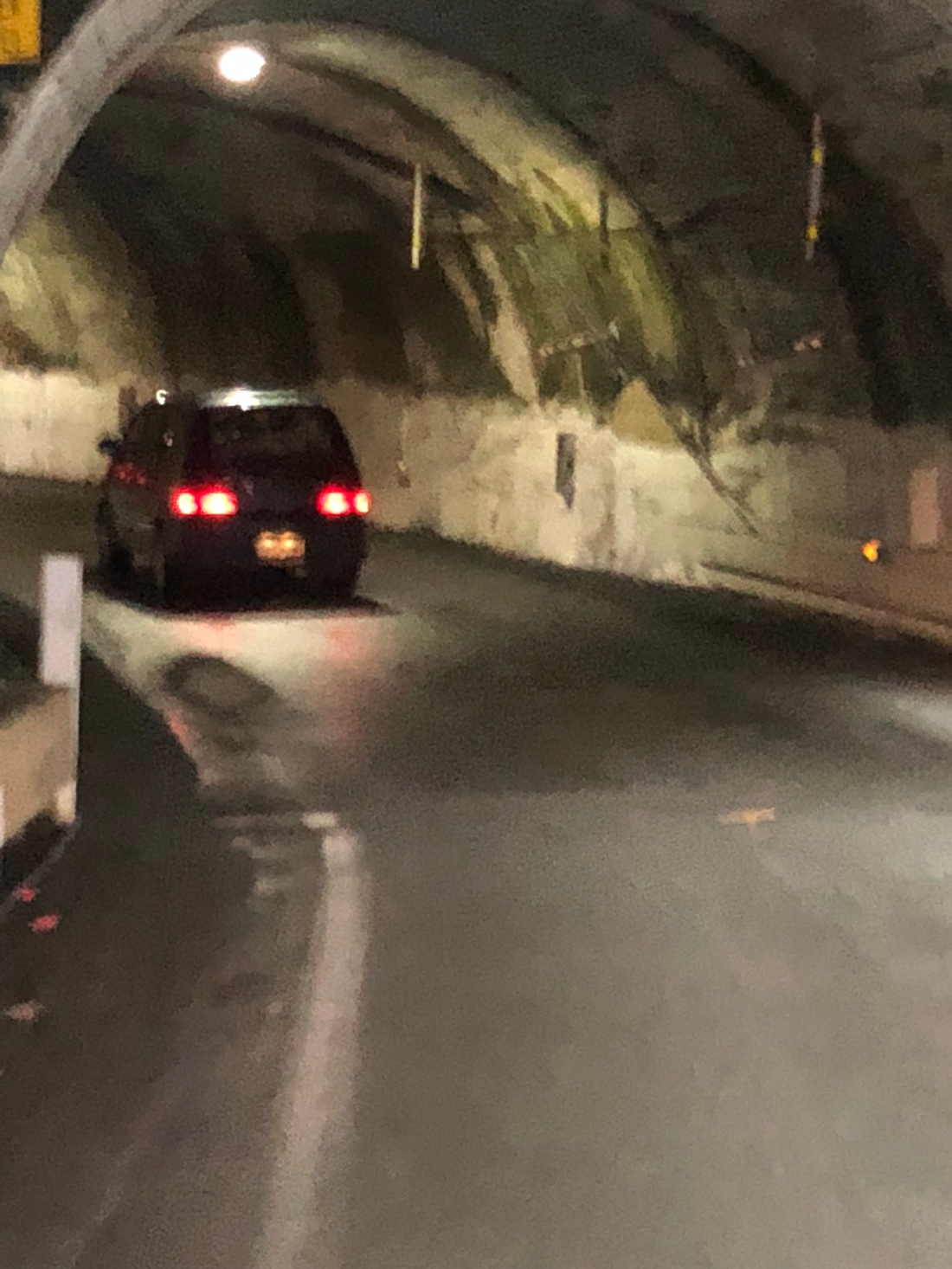 Fun tip-3 short honks by the bus driver means that you better stop taking selfies and get your butt on the bus because it’s going to leave! 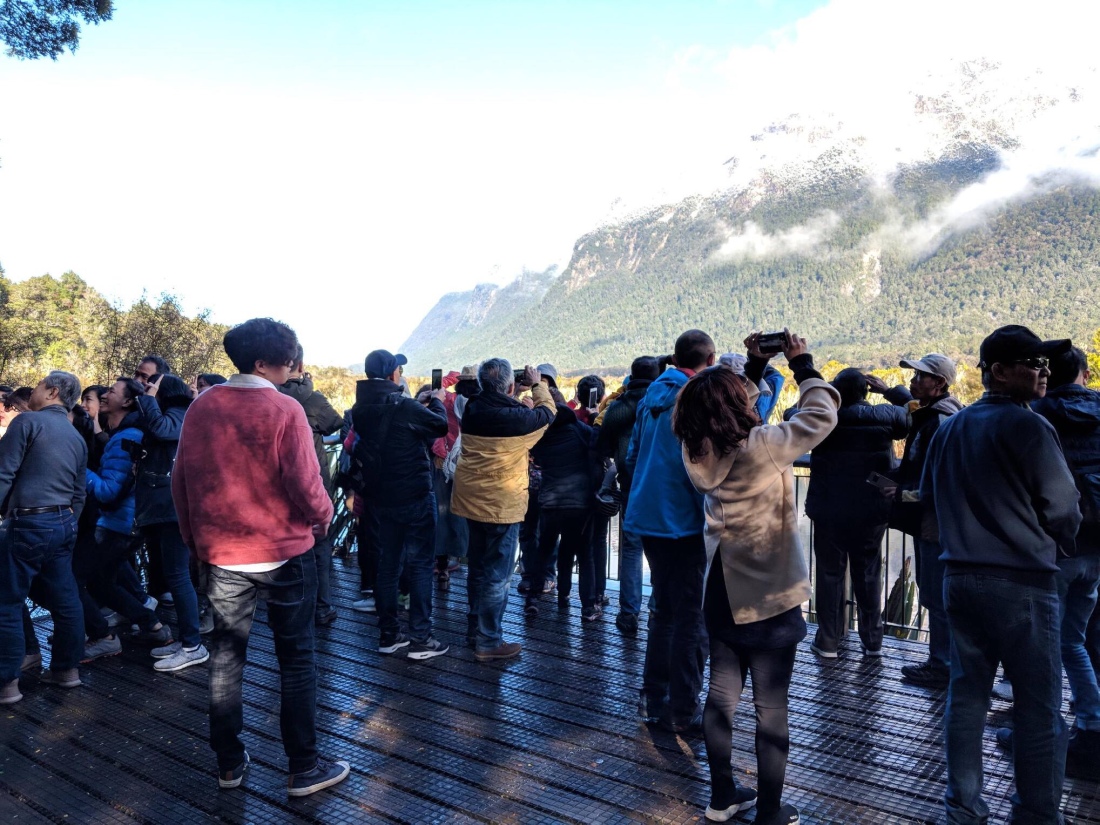 Another thing we were not expecting were all of the Kea Birds. These clever and rather large birds were everywhere. They are the world’s only alpine parrot.

There were other birds too-like the Weka or Maori Hen. This flightless bird seemed to enjoy the company of the Keas and it is about the size of a chicken.

Milford Sound is wet! I thought we might get lucky with the weather for our cruise, but no. It has an average rainfall of over 250 inches, making it the one of the wettest places in the world. The odds were not in our favor! 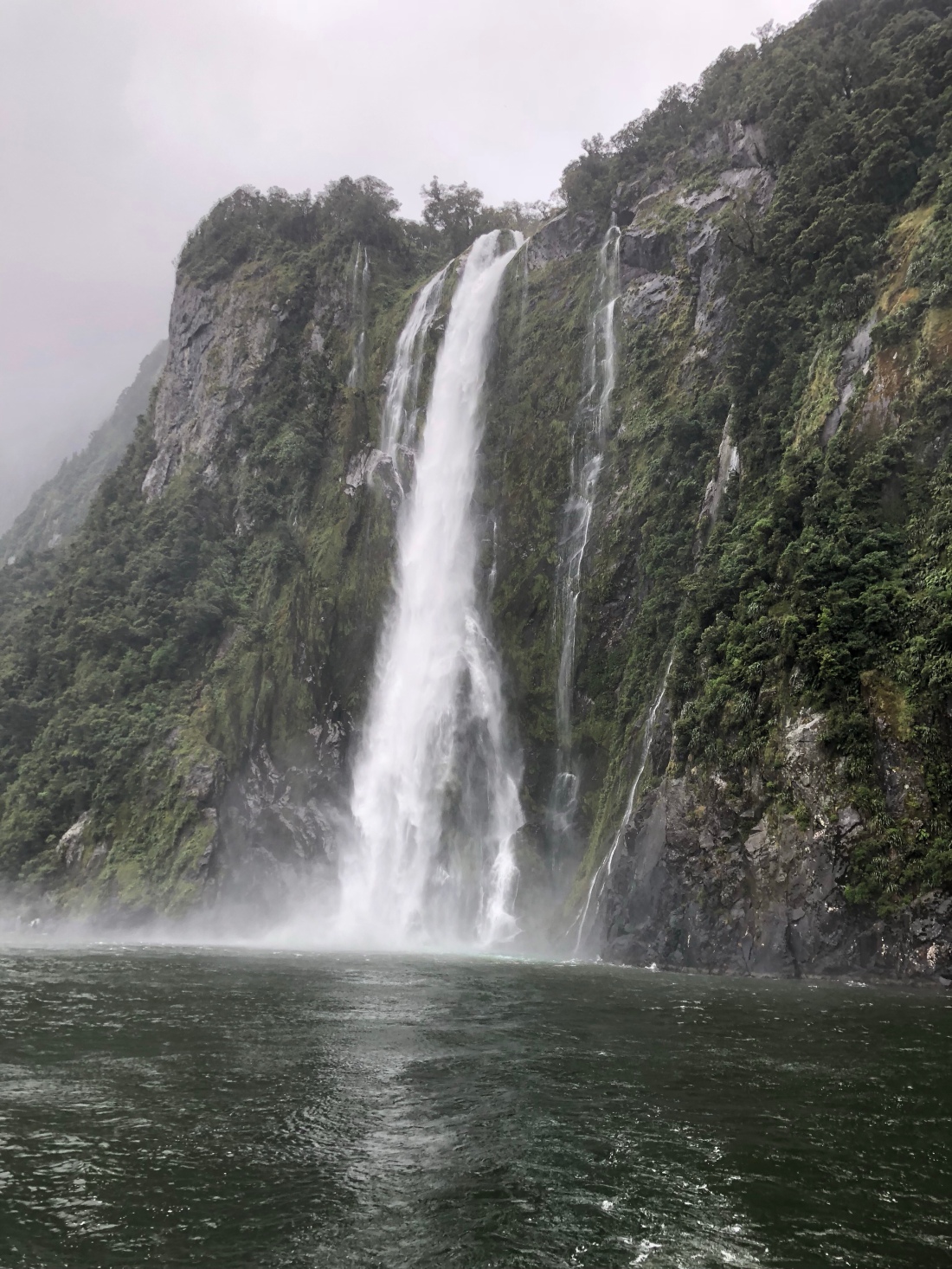 We stayed at the Milford Sound Lodge at one of their Campervan sites. 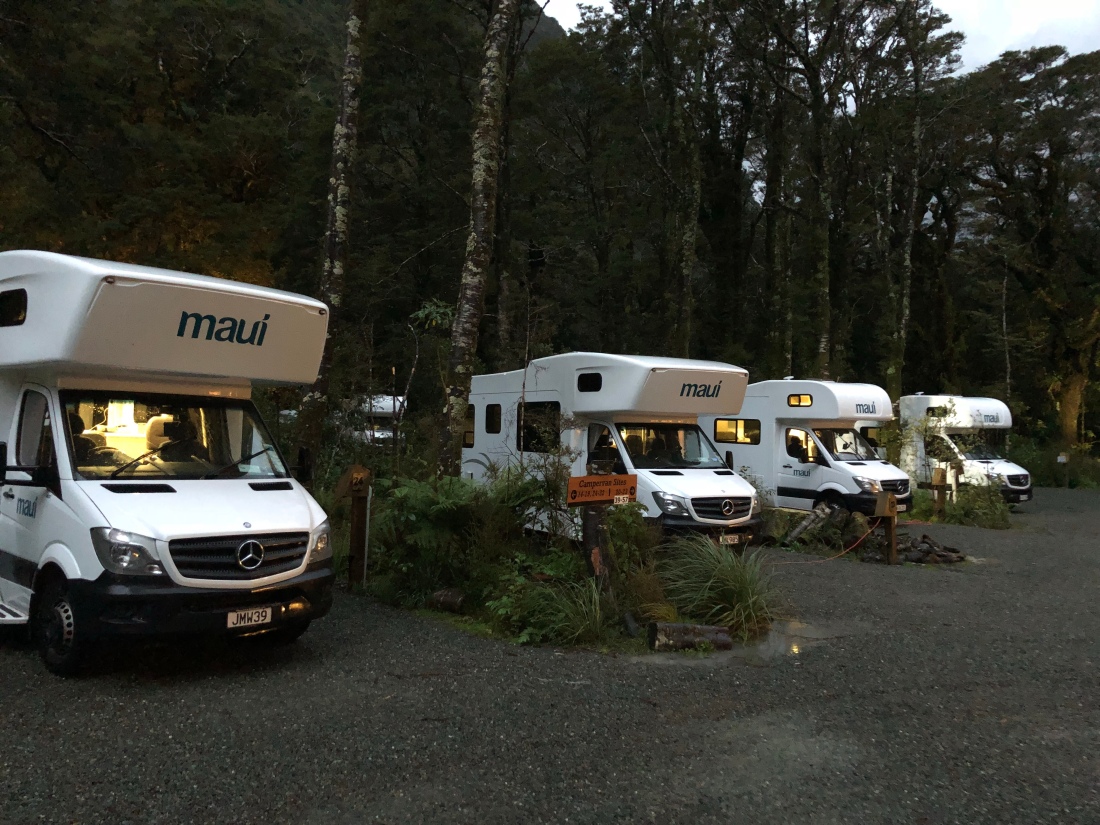 I took this picture on our second night. I thought it looked like an ad for Maui Campervans! (We chose the 6 berth model so we could keep 2 beds made full time and then have the table in the middle for games and meals.)

The restaurant at the lodge, Pio Pio was well run and delicious! Goat cheese croquettes, arranchini, venison and salmon were our favorites!

When we booked our stay at Milford Sound Lodge, we selected the Campervan Package which included our breakfast, Southern Discoveries Milford Sound Cruise, lunch on the boat and admission to the Underwater Observatory (which was pretty cool!).

We stayed 2 nights and loved our dinners at the lodge as well. It was all organized and very easy! 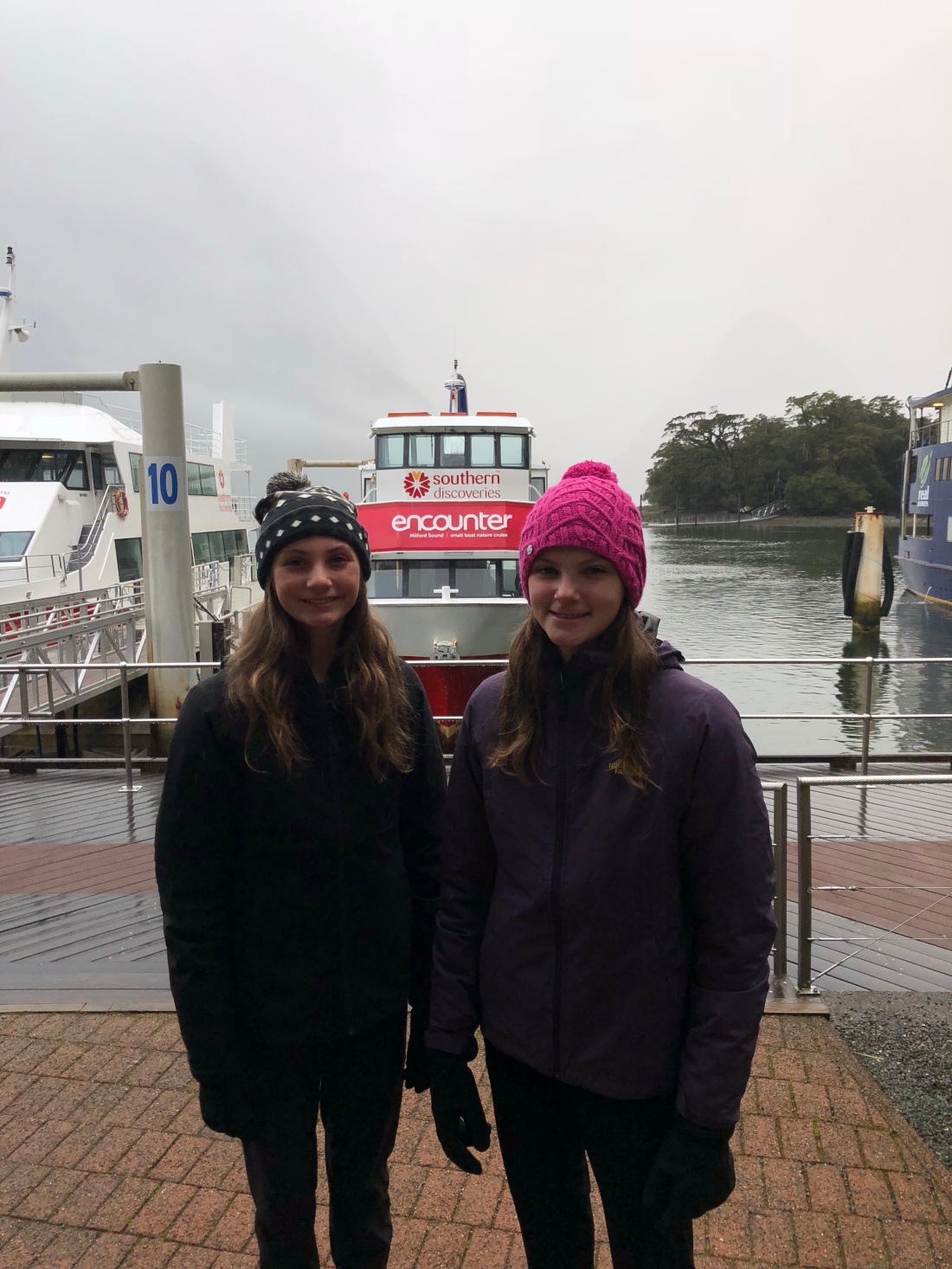 We cruised Milford Sound on the Southern Discoveries boat “Lady Bowen”. It had the capacity for about 100 passengers but was only about half full so that was really nice.

The weather was misty and cool but I guess that was good because we saw so many waterfalls. Tons!

And we even went right under some, stood under them and got soaked. Pretty fun! 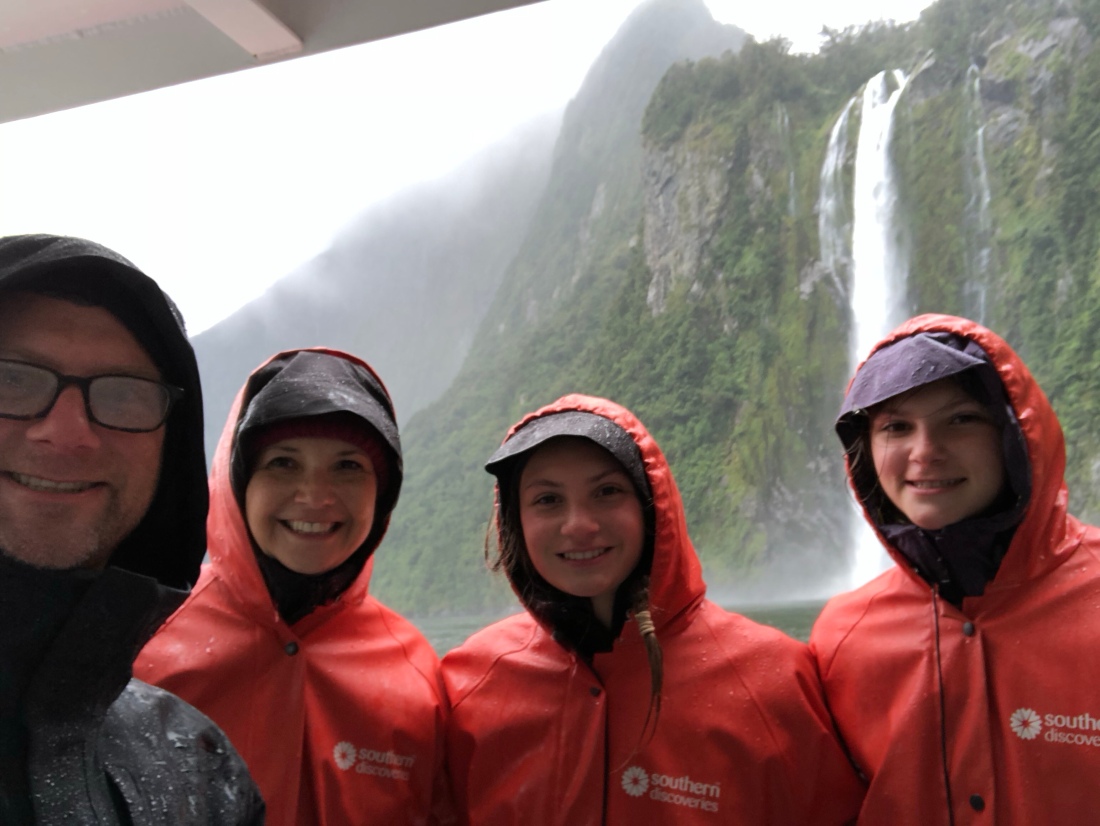 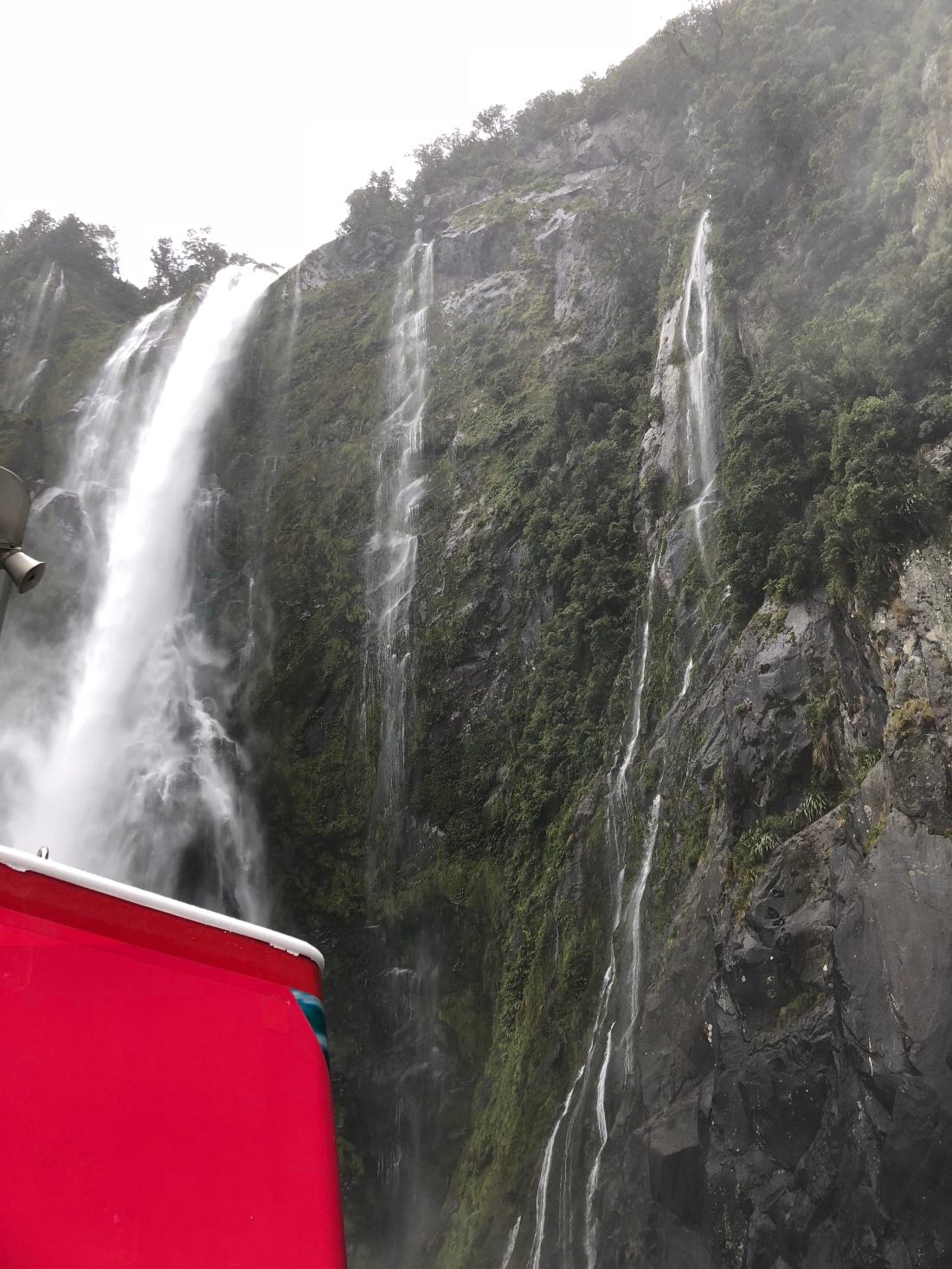 The boat crew were all super friendly too! We got to see fur seals and Southern Bottlenose Dolphins during our tour.

Cruising Milford Sound reminded us a bit of cruising the Inside Passage in Alaska only this was better.

What an adventure! I’m glad we traveled here!