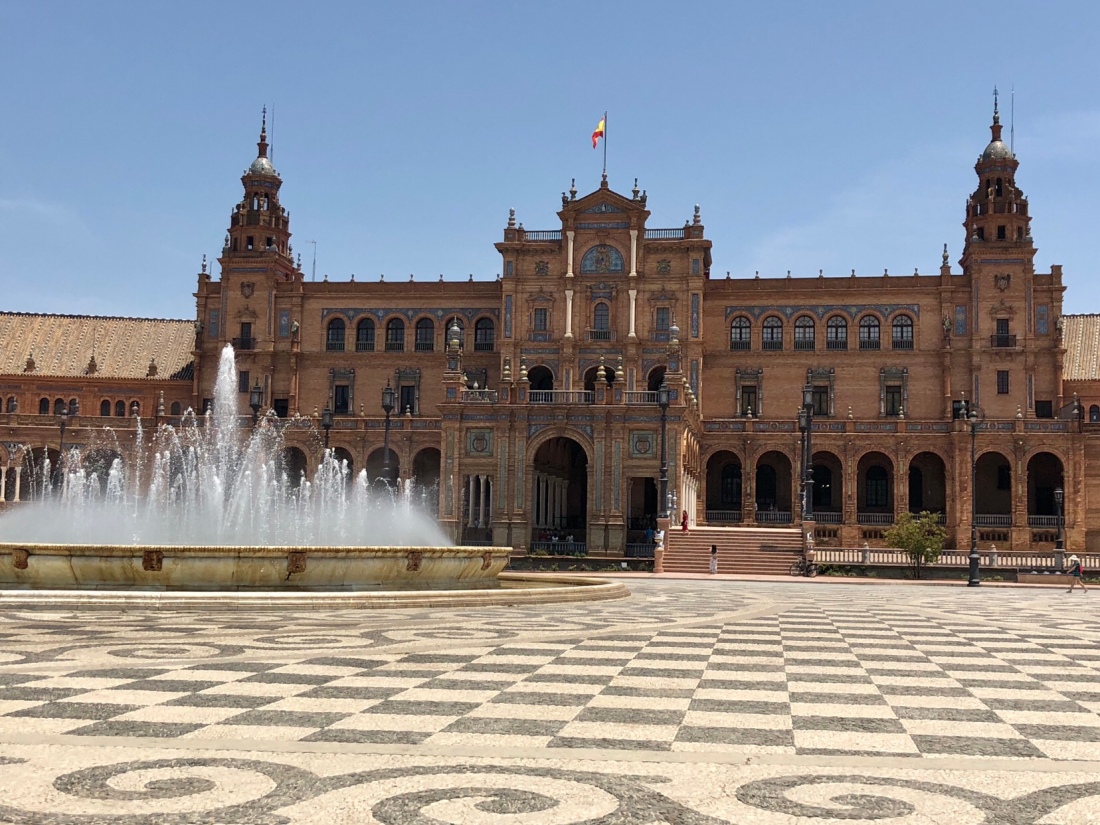 We arrived in Sevilla by high speed train from Barcelona on Father’s Day. It was about 5 1/2 hours. You can easily fly too, of course, but after all of our flights (18 by this point in our trip), the train was a welcome change! 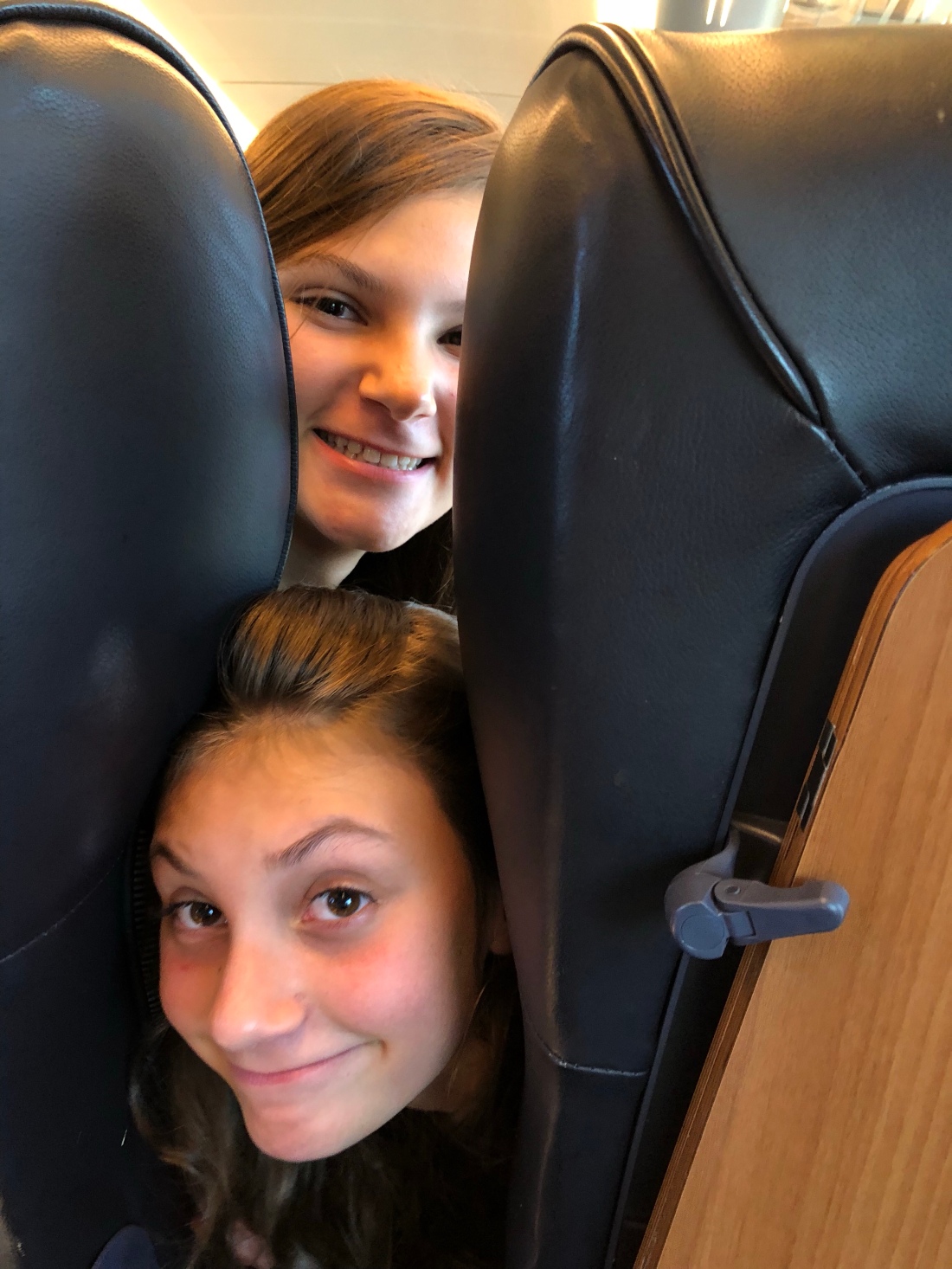 This city in southern Spain is incredibly gorgeous and like much of our trip, it also happened to be incredibly hot during the week in June that we visited. (The week before had been raining and about 55 degrees Fahrenheit and that actually sounded great…but oh well!)

Seville is the capital of Andalusia. It’s famous for Flamenco and amazing architecture- like the world’s largest gothic cathedral, the Seville Cathedral, which was totally awesome! 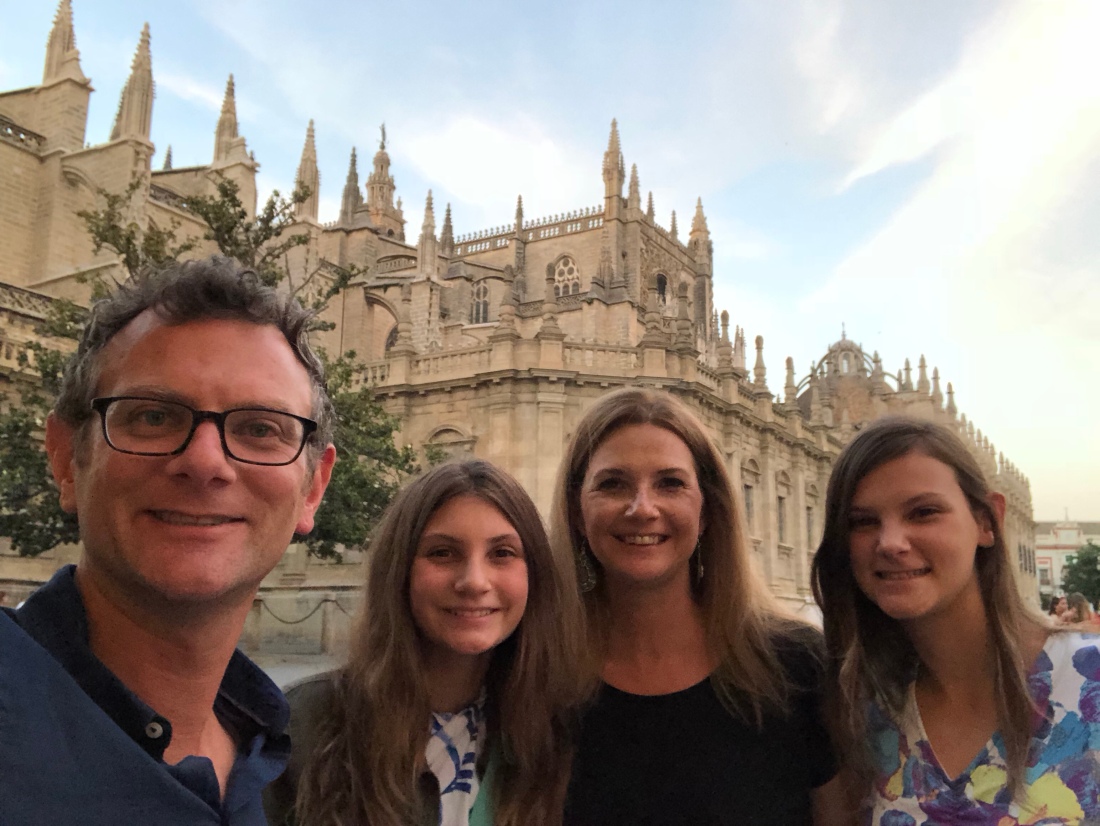 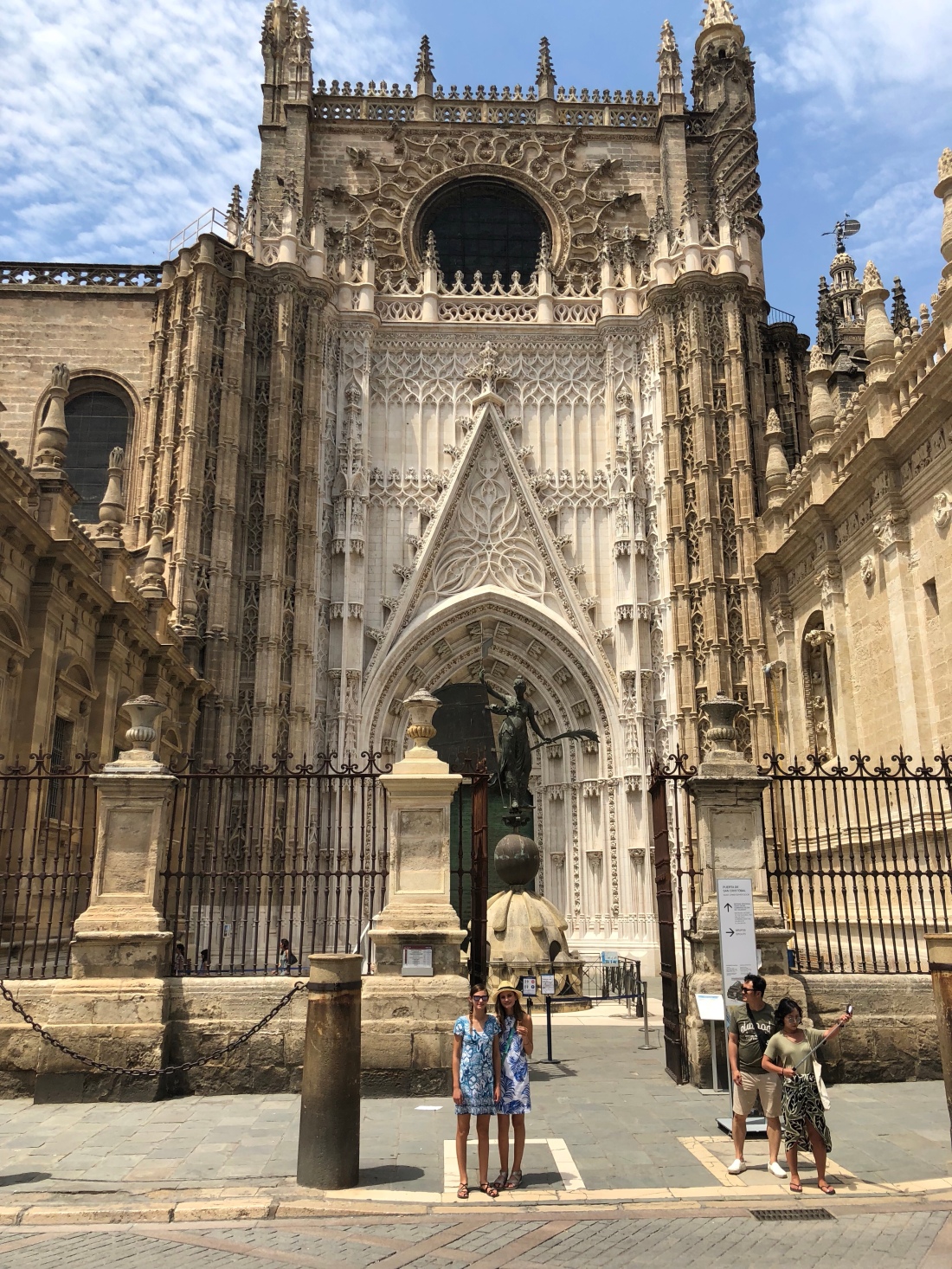 Did you know that Seville is a popular movie filming location?

This is the Alcazar – where some of Game of Thrones was filmed. (Lawrence of Arabia was filmed here too in the 1960’s).

The upper floors of the Alcazar are actually currently in use by the royal family and it’s one of the oldest palaces still in use in the world!

Tip– buy your tickets ahead of time so you don’t need to wait in line, in the hot sun, for like an hour! 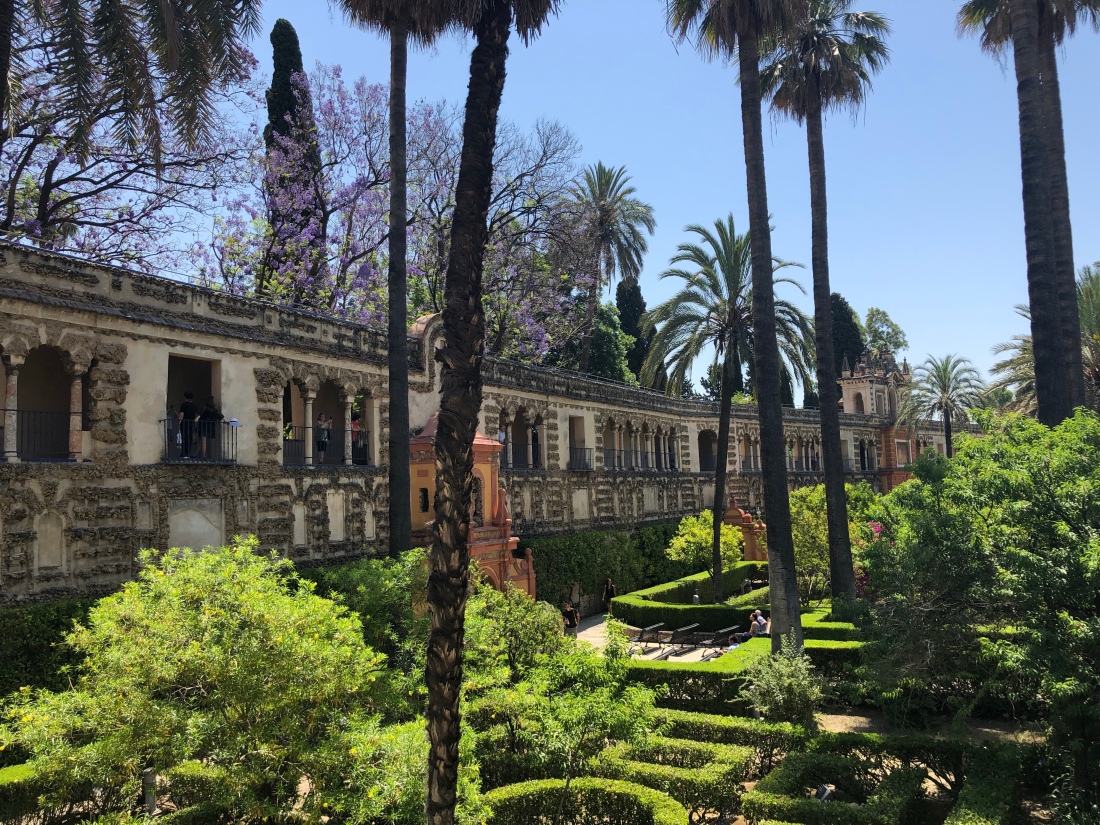 And Star Wars, Episode 2 (which I like to pretend is the trilogy that never existed!) was filmed at the incredible Plaza de España. The Plaza de España was built for the 1929 World’s Fair. It’s a really cool half- circle of buildings with a moat and bridges. 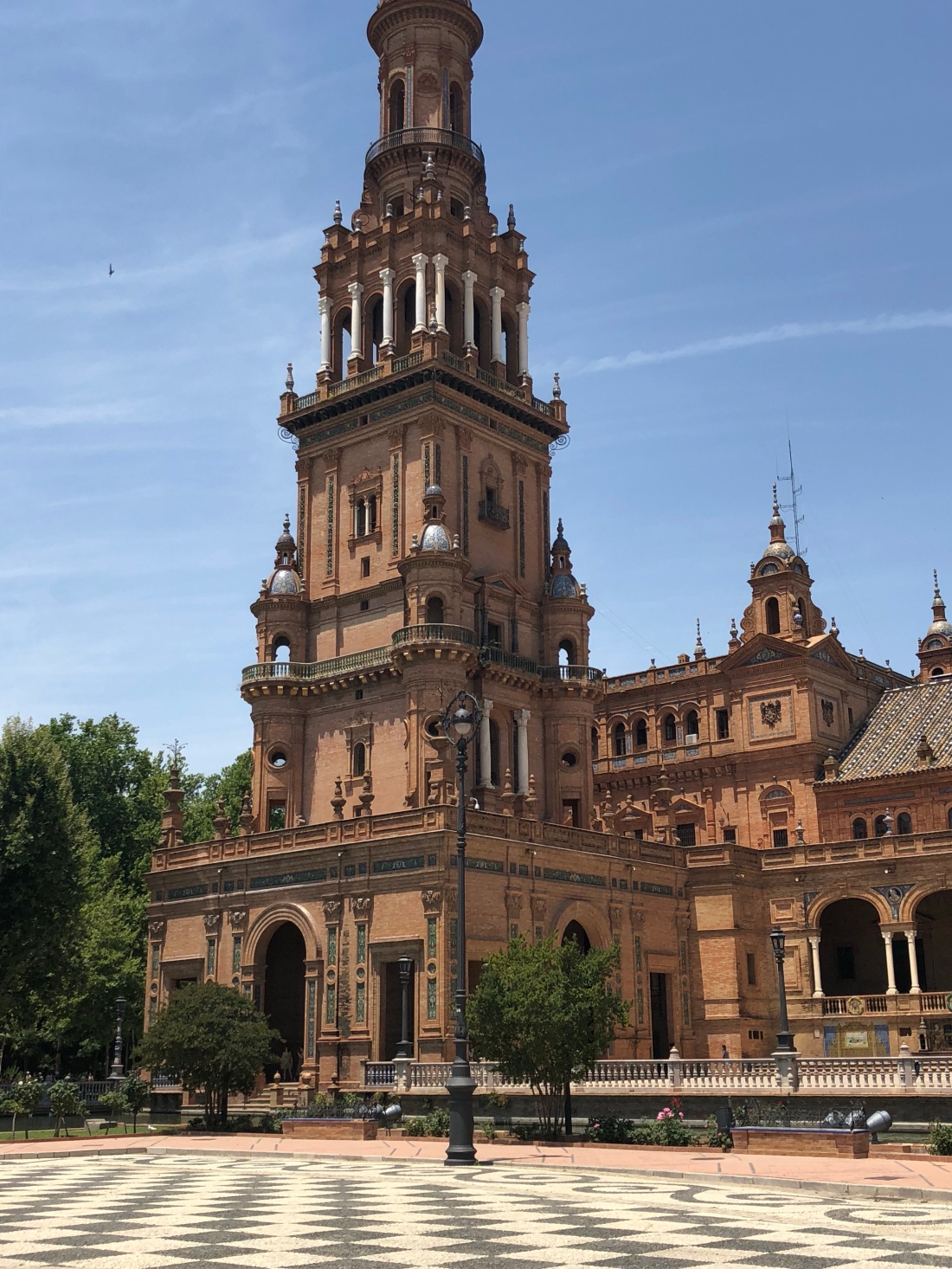 A great way to get a nice overview of the city is by horse drawn carriage. There are multiple places throughout the city where you can get one. They are all a fixed price and non-negotiable. Easy! 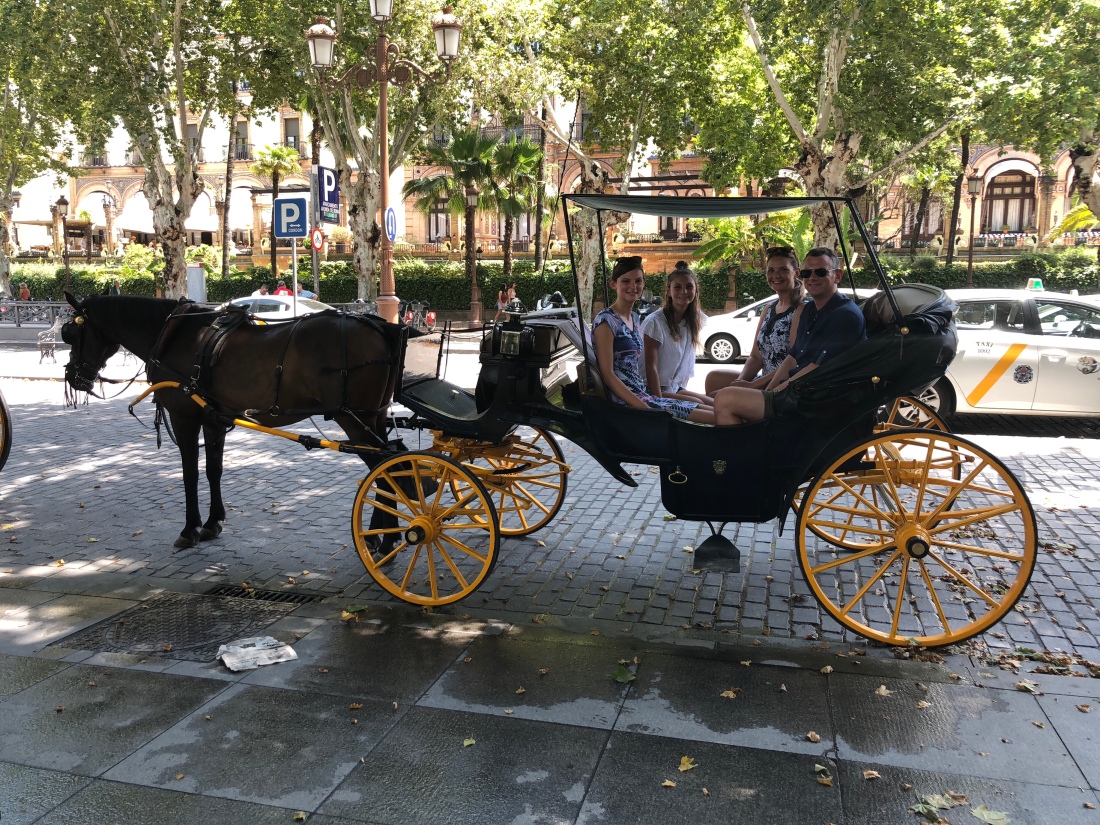 Even though we decided that we didn’t want to see a bullfighting event while in Seville, we really did want to tour the museum and the bullring. This is so unique to Spain that we felt it couldn’t be missed and we weren’t disappointed! 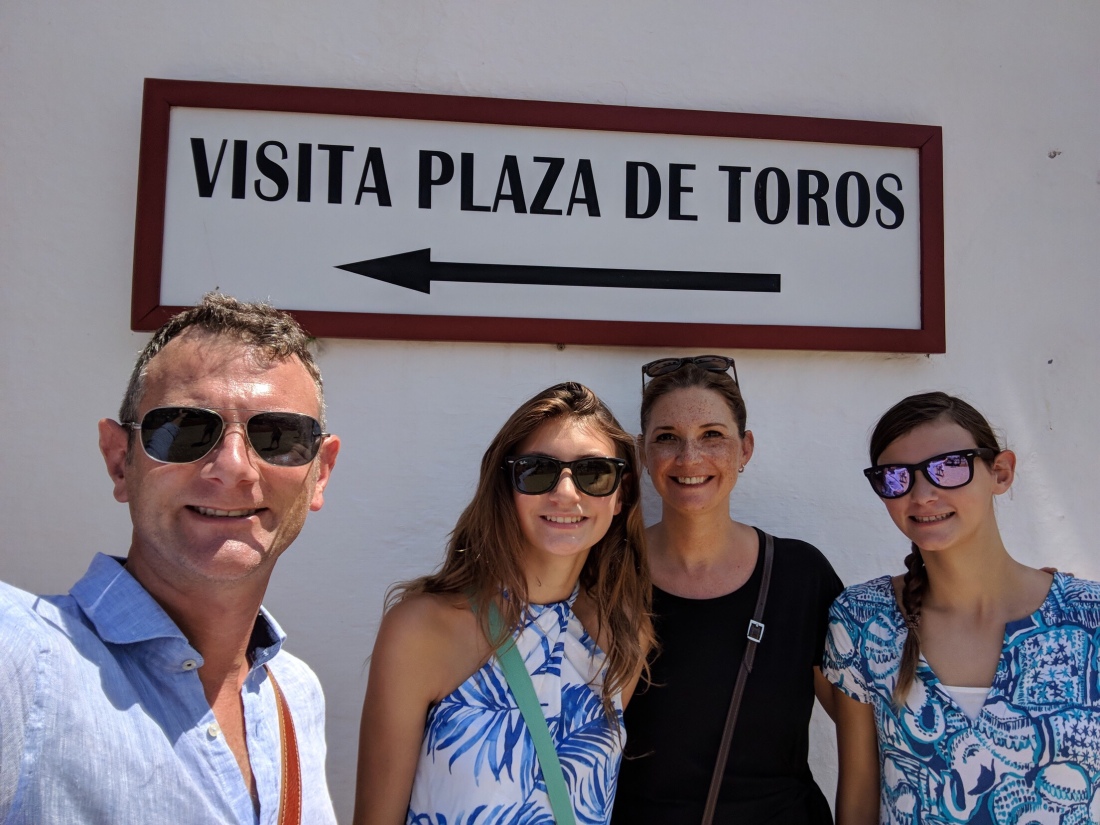 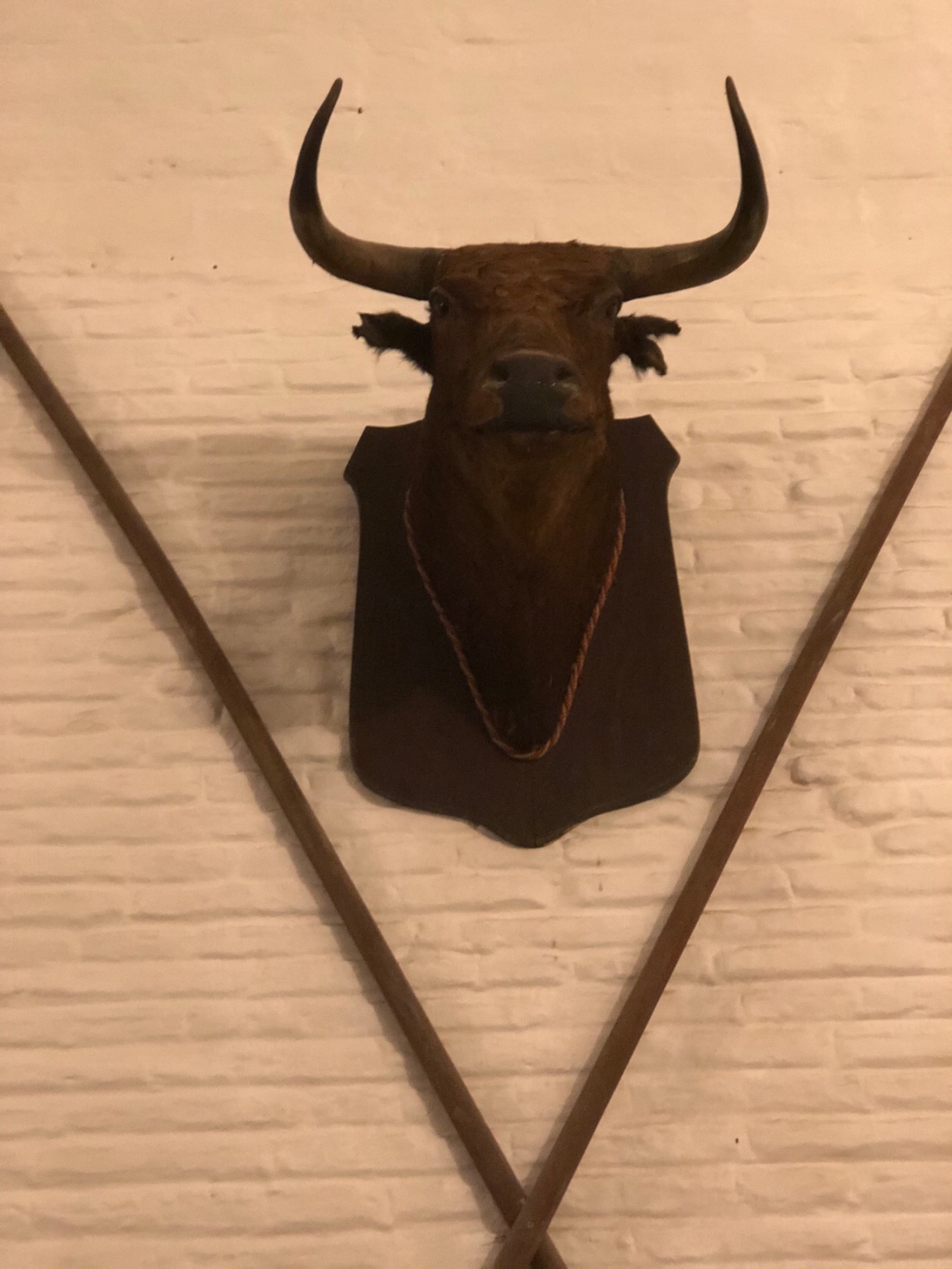 Another really cool “must do” thing in Seville is to go to a flamenco show. Flamenco is a Spanish dance that is passionate, intense and full of incredible dance steps and intricate hand movements AND amazing singing and guitar playing! One of us even cried-but I won’t name names!

If you don’t go see a professional flamenco show in Seville, you are really missing out! We weren’t allowed to take pictures in the venue but we loved the show so much! Wow! 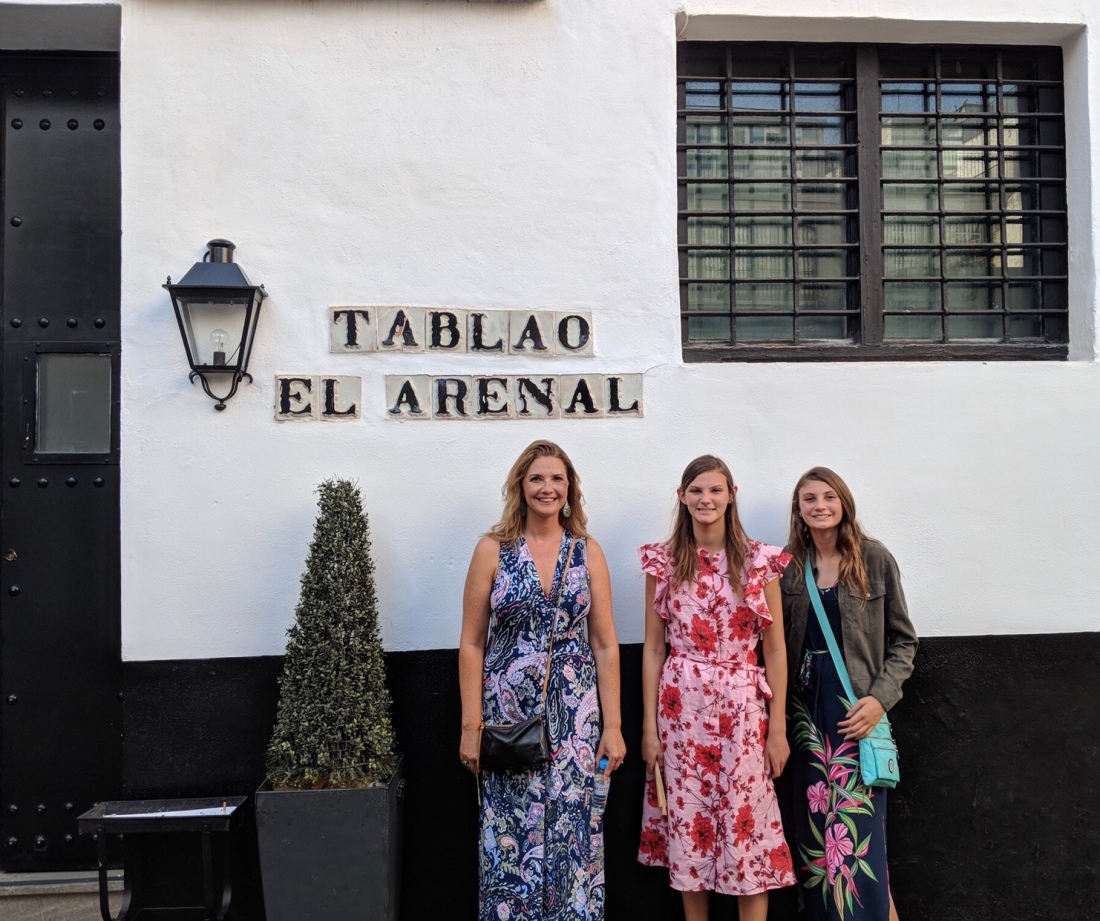 By the time we got to Seville, Harry was majorly overdue for a haircut but he had been holding out because he really wanted to get his haircut by The Barber of Seville (you know, it’s an opera). And he got it cut here…and it looked good too!

Seville is probably one of the prettiest cities that we visited during our trip around the world. It seemed that there was a unique and beautiful building around every turn. 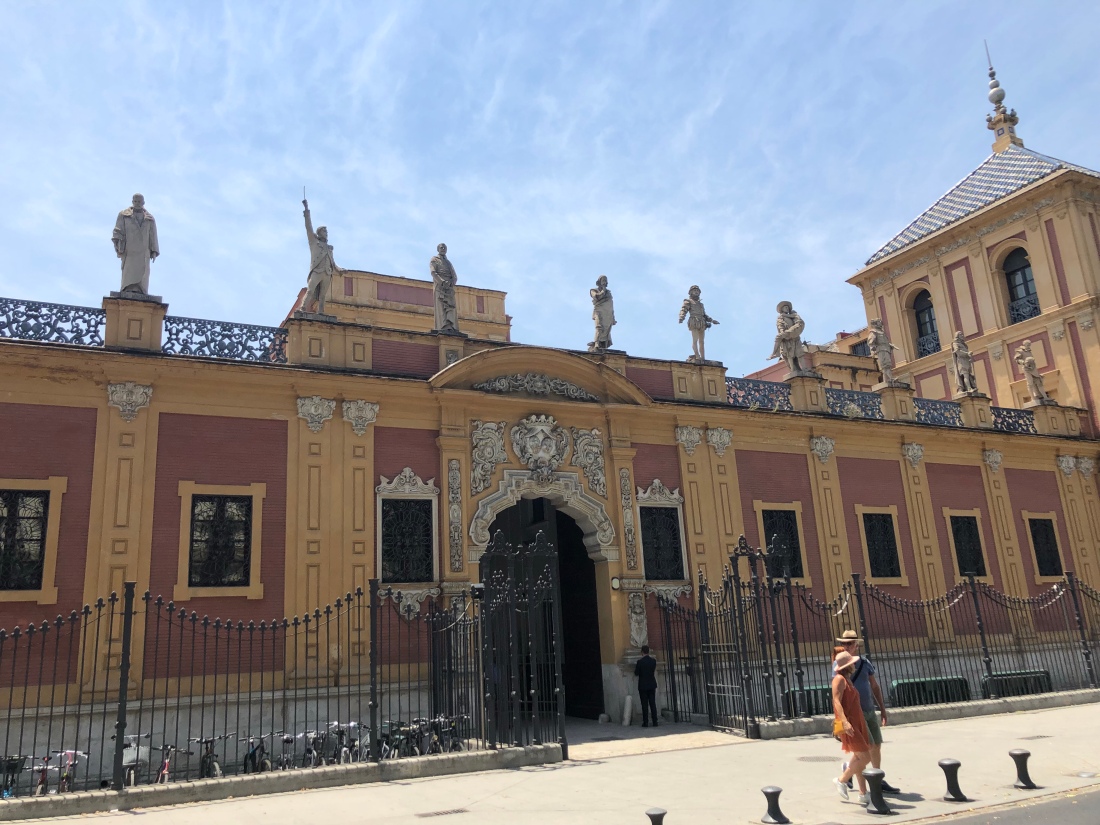 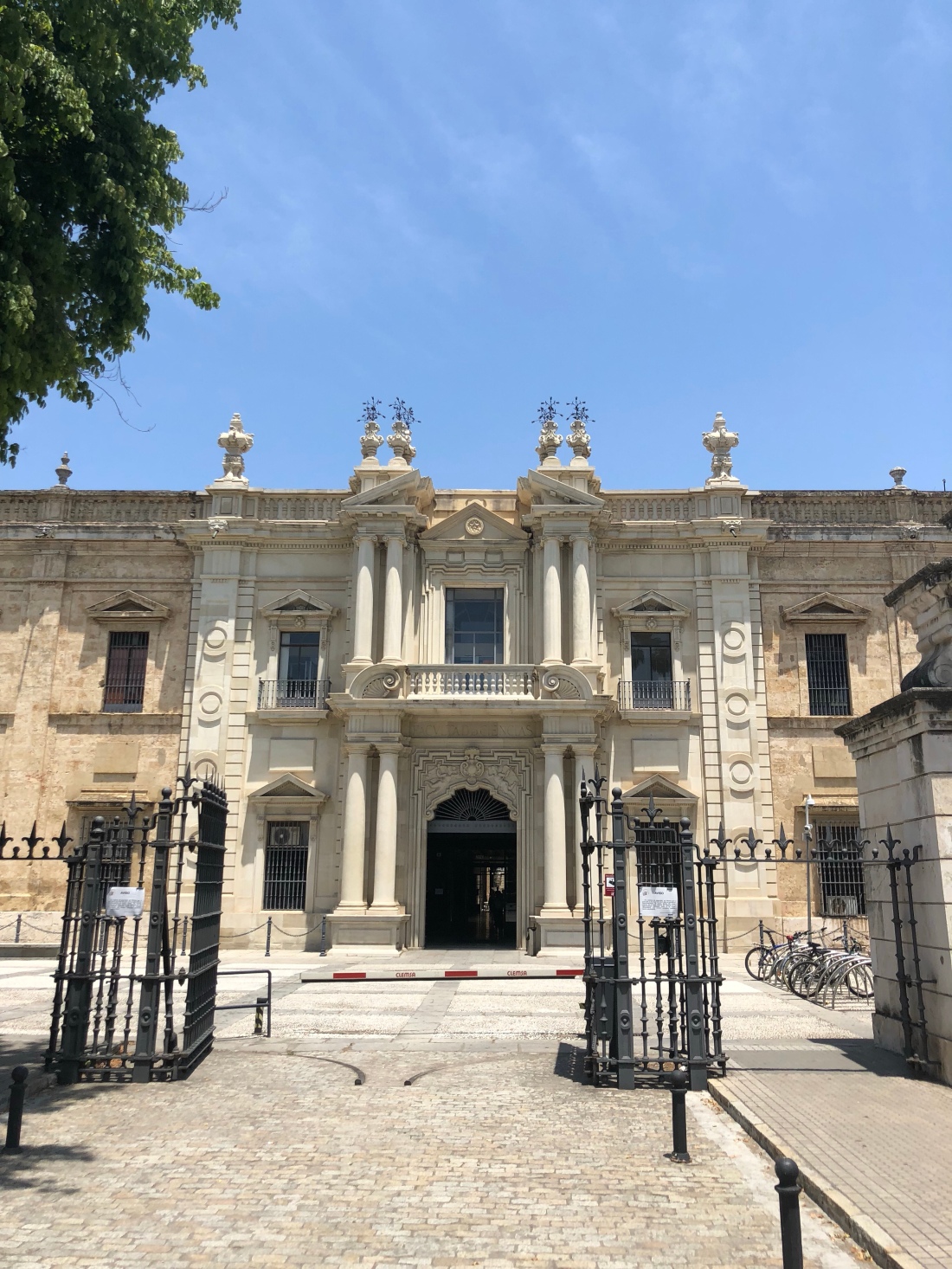 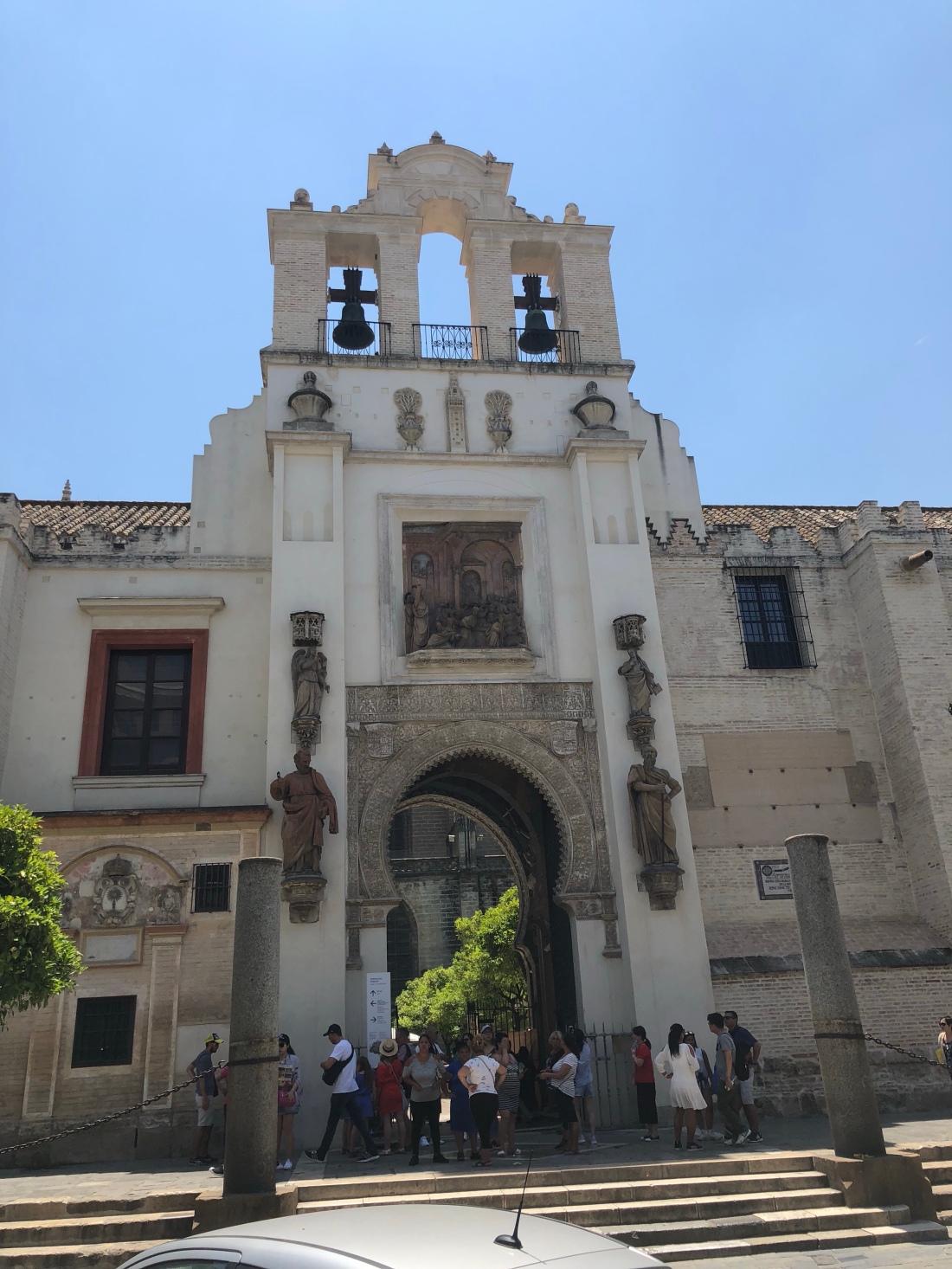 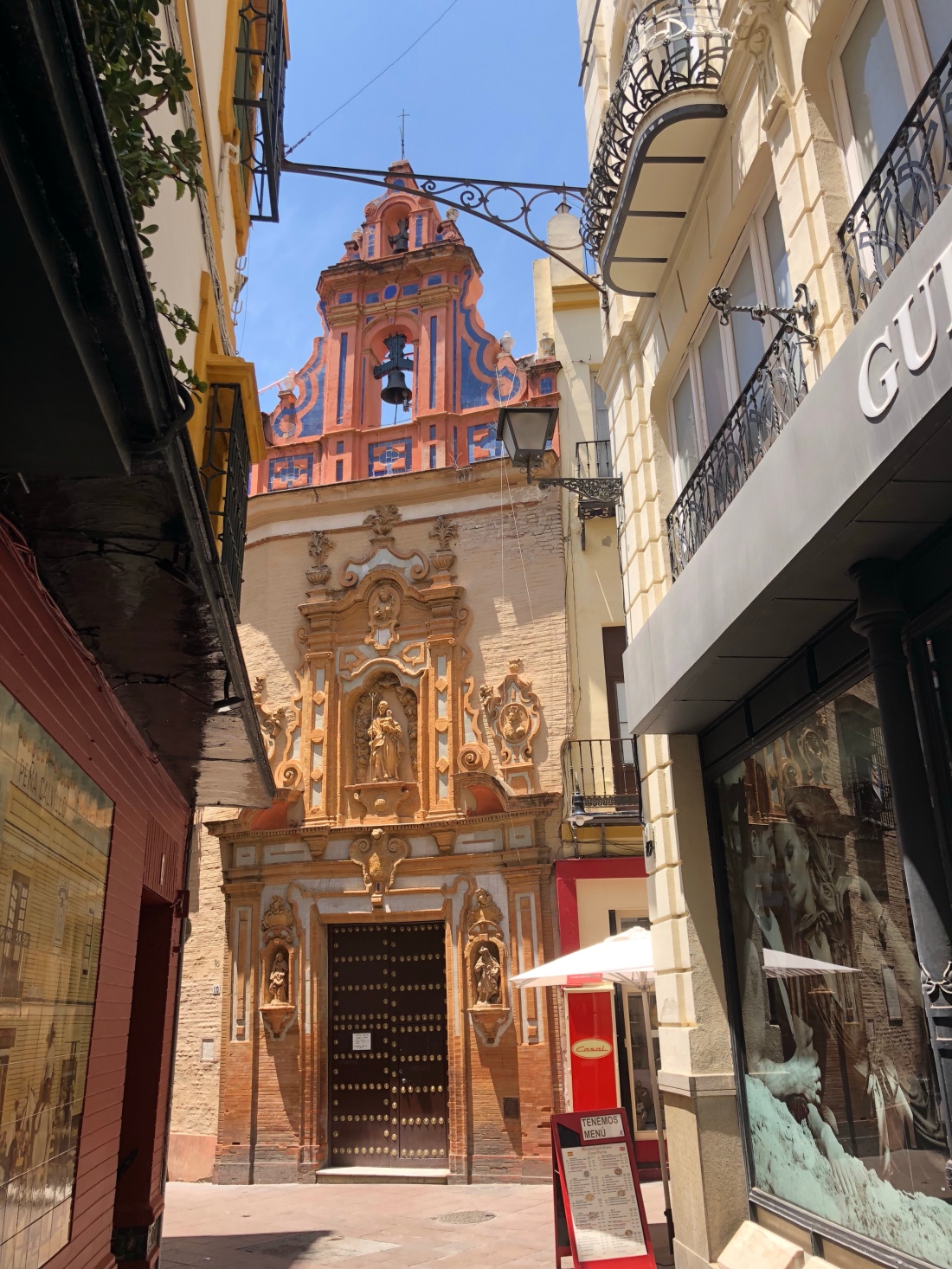 Seville was beautiful, clean, the people were friendly and the food was good. There was live music everywhere and dancing too. It’s a great city to walk around in or ride a bike. In fact, it’s pretty flat and there are bikes to rent everywhere… if only it hadn’t been so hot!

So, is it Sevilla or Seville? Either way, you should visit!

One thought on “Sevilla, Seville…Call it what you will!”