One night in Bangkok…no, no…it was 2 nights in Ho Chi Minh City! (We actually had 5 hours in Bangkok but the song has stayed with me for days!) 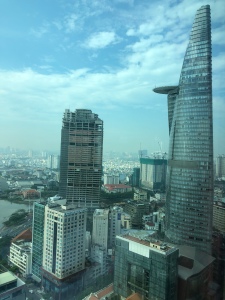 I liked Ho Chi Minh City a lot more than I thought I would. Yes, it was hot and very humid and yes, it’s a huge city (about 12 million people if you count surrounding areas) with tons of motorbikes everywhere but….

…it’s pretty clean, it’s modern and it surprisingly has a lot of green space to enjoy. We wished we had another couple of days to explore! 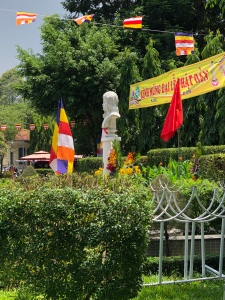 (By the way, that colorful striped flag is the Buddhist flag.)

In our short time in HCMC, we managed to see a few of the major attractions.

First up Ho Chi Minh Square. This is a must see on any visitor’s list. It’s located in District 1, which is the city center. It’s a nice walk because it’s located on the pedestrian street-Nguyen Hue Boulevard. (Which is lively at night with lights and fountains). 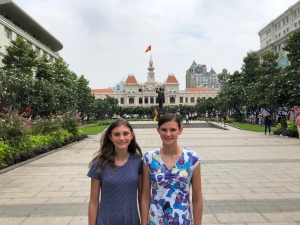 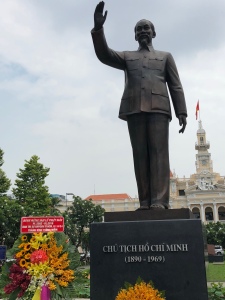 We continued our walk and headed towards the Saigon Opera House. It’s a beautiful French style building that was built in 1897.

The next stop was the Saigon Central Post Office. I’ve never been excited about going to the post office before but this one was pretty awesome!

Not only can you send a postcard but you get to see the beautiful yellow French building designed by Alfred Foulhoux and completed in 1891.

It has marble floors and a huge center arch. We really liked the antique wooden phone booths too. Pretty special.

After the post office, we went to Saigon Notre Dame Basilica. The official name is Cathedral Basilica of our Lady of the Immaculate Conception but that’s quite a mouthful!

It was built by French colonists in the late 1880s and all the materials were imported from France. 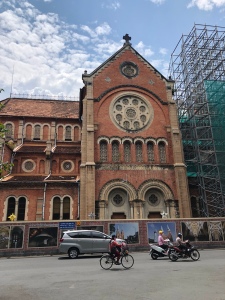 The last part of our walking tour was Independence Palace or Reunification Palace. It is a significant stop because it was here, in 1975, that a tank from the North Vietnamese Army crashed through the gates and ended the Vietnam War.

This is also when the name changed from Saigon to Ho Chi Minh City. Both names are used frequently today. 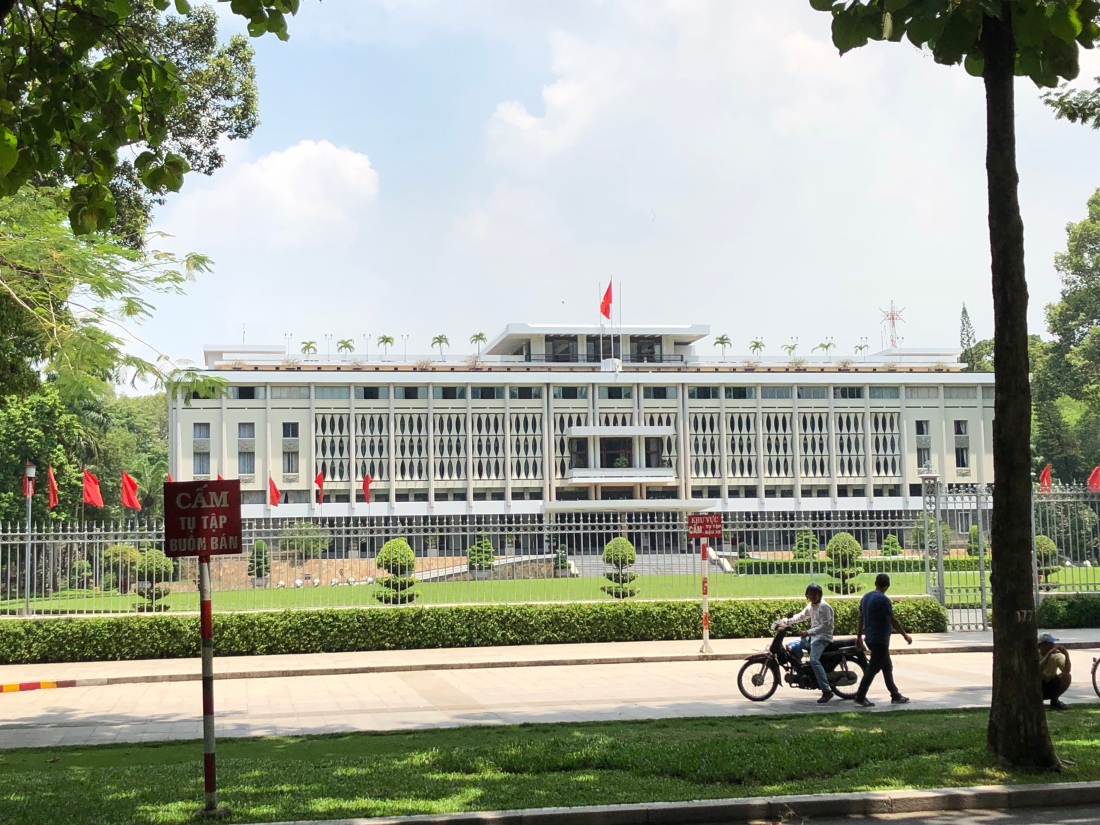 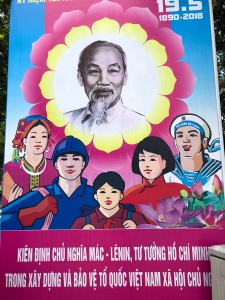 If we had more time we definitely would have gone to the War Remnants Museum. I’ve heard nothing but great things about it. Another popular attraction, about 1 1/2 hours outside of town, are the Cu Chi Tunnels. Well, there’s always next time!